GV LGBT Center director: Marriage Act is a step, but not far enough 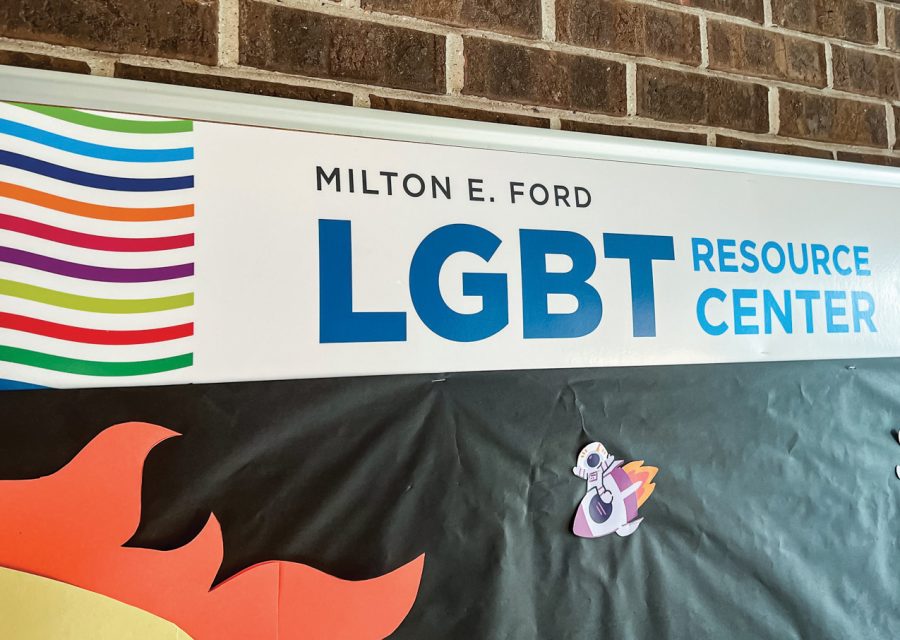 Following the passage of the Respect for Marriage Act in the United States House of Representatives, members of the LGBTQ community at Grand Valley State University are questioning what its potential passage means for them.

With reinvigorated debate about the legislation as midterm elections near, negotiators in the U.S. Senate have expressed hopes to pass it with bipartisan support to send to President Joe Biden for a signature.

Some LGBTQ advocates, however, are signaling a different view of the legislation.

At GVSU, a university that has received a multitude of accolades in recent years for its welcoming environment and resources for the LGBTQ community, Milton E. Ford LGBT Resource Center Director D.L. McKinney said the Act falls short of substantial equality.

“This bill is a small blip in a system of oppression,” McKinney said. “When we think about even Grand Valley State University, this is only hitting a portion of queer folks.”

The Respect for Marriage Act would repeal and replace the Defense of Marriage Act (DOMA), which exclusively recognized marriage as between one man and one woman for federal purposes until the U.S. Supreme Court ruled in 2013 that the federal government must recognize marriages performed in states with marriage equality.

“It’s not good,” McKinney said. “So, we know the implications that, in general, DOMA really stopped folks from being able to live authentically.”

Without marital recognition, McKinney said, a number of other areas are affected.

“Also, you think about the implications with the government,” McKinney said. “We think about the health access and benefits- you can’t get on your spouse’s benefits or even survivor benefits. You think about social security- if your partner passes away, you’re not going to have rights to any of that.”

While some progress has been made, including the recent efforts surrounding the Respect for Marriage Act, McKinney sees the situation as having vast room for improvement.

“I’m glad that there was progress in 2013 and beyond to repeal that, but it’s not great,” McKinney said. “It definitely does not help those who are in relationships, and they want to get married and share those types of assets. I’ve been with my partner for 20 years, I couldn’t imagine not having access if I was to lose to my partner, for our children and for myself, to the funds and to the rights that made us one in the first place.”

McKinney is relatively new to the university, with September marking their third month at GVSU. Directing the Center provides the opportunity to head a slew of opportunities and inclusivity to the community.

A direct stance from the Center on the issue of the Respect for Marriage Act, however, falls outside its purview.

“We are still tied to the university,” McKinney said. “From what I know, we can have stances, but we have to make sure that we work through the university with these types of topics. Not to say that our social media or our engagement with students and staff aren’t affirming, especially when their rights are being taken away. But we don’t fight the Senate or anything like that at this point. That would be a dream world.”

In terms of affirmative resources, the office has hosted many events for the LGBTQ community thus far, with clubs affiliated with the Center being a source of comfort for many.

“We have T2, which is a group for trans or non-binary or gender non-conforming students to meet,” McKinney said. “We have Bi-Furious, that is anyone that is not monosexual so they may be bisexual or identify as pansexual. We have the First-Year Queer Alliance, which is for first-year students and transfer students, so anybody new to GVSU. We have Colors of Pride, which is a group specifically for students of color, to share space and kind of have those layers of identity and then we have Ace of Clubs, and that’s for anybody who is aromantic or asexual. So, there’s space for most people.”

After originally planning to bring the Respect for Marriage Act up for a vote in the week following their return from the August recess, Senate Majority Leader Chuck Schumer, D-N.Y., and Senate negotiators are now signaling they will delay the vote until after the November midterms in order to gather the 60 votes needed to overcome a filibuster and pass the legislation.

According to McKinney, time is running out for support of any kind for the LGBTQ community and those at GVSU.

“There are so many different bills and actions that have been passed in the last year, maybe even the last ten months,” McKinney said. “There’s pages of actions and bills that push anti-LGBTQ and anti-trans rhetoric. We are still at risk.”